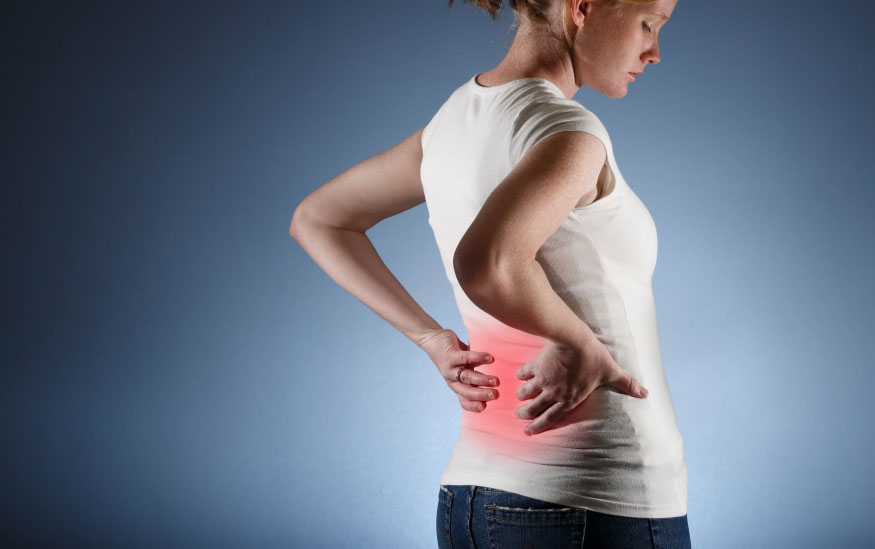 She broke her back to be acknowledged
A pain in the back can be a sign of healing
This is a case where one of my patients literally experienced “no pain, no gain.”  This is a great example of how back pain was actually a good thing and how the Infinite Intelligence of Mother Nature always works!

First of all I would like to share a little history about this female patient.  It is important for the reader to understand that ever since she was a little girl, she was heavily criticized in every possible way by her parents, who unfortunately were extremely abusive alcoholics. She felt aimless.  Whenever she complained to them about their criticism toward her, the parents would then feel guilty and basically would give her money to shut her up.   She never felt valued or appreciated, when she would do something worthwhile.  She began to perceive that  her parents were too drunk and completely out of it to pay any attention to her at all.  She felt they just didn’t care.

However, her aunt, her father’s sister, was a shining example of someone who had been able to turn their life around.  She went from using drugs and alcohol to becoming a world renowned yoga teacher.  This woman had a great admiration for her aunt. She felt that with her help she too, might be able to break free from her own substance abuse problems and find a true sense of purpose in life.  Since her aunt had also been a patient of mine, I felt I could talk to her and asked her if she would be willing to help me to work with her niece concerning her past traumas, when the time was right. To which she agreed.

After a period of time, she moved to her aunt's yoga retreat center.  One day I received a call from her to make a phone appointment, She was complaining about her severe and excruciating back pain.  When we spoke I was able to ask her more information as to when the back pain first started? She mentioned it began about a week earlier and that she had gone to the chiropractor, who had helped her on other occasions with adjustments.  However, this time her back, did not respond as before, the chiropractor proceeded to arrange extra treatments using physiotherapy and referrals for massage, with little results.  However even though the muscles in her back were loose the pain was still nagging and severe.   I explained to her that according to German New Medicine, she could be in a healing phase.  She was in total disbelief and wondered how on earth she could be in a healing phase, due to the fact that she was in so much pain.  I then asked her to try and remember the past few days before the back pain started.   I wanted to know if she had the experience of feeling really good about something that she really wanted to happen?  She made it very clear that the answer to my question was a definite yes.  She then went on to explain that her aunt had complemented her, on a job well done and felt that her niece had excelled with her yoga instruction and was now ready to start her own yoga retreat.”  She explained to me that after she was complimented by her aunt, for the first time in her life, she finally felt validated, and that she was doing something right, and life was now worth living.

Using German New Medicine I was able to take things even further by looking at other contributing factors with her back pain.  I asked her about her symptoms and if she had been extremely thirsty, which would indicate to me that her kidney tubule had been activated, which would contribute to the back pain by causing inflammation. Then I also proceeded to ask if she had been worried about something?  I asked her if it was something she was concerned, worried or fearful about? She then went on to explain that her boyfriend had just asked her to move in with him, and between the offer from her aunt to start her own yoga center, and the possibility of moving in with her boyfriend caused her to feel extreme doubt and fear.  She was very concerned about the possibility that neither situation would work out, either with her boyfriend or possibly losing the yoga retreat opportunity and the possiblity that she might lose everything she had worked so hard for.

I started thinking that this would be a good time to contact the aunt to have her help, to put her nieces mind at ease, by mentioning to her that there was absolutely nothing wrong with the fact that she had decided to live with her new boyfriend, and that it would in no way interfere with starting her starting her own yoga retreats.  The aunt made it very clear that she was giving her approval.
The niece then took a deep breath and I could hear in her voice that a tremendous weight had been lifted off her shoulders and to her astonishment, at that very moment, she told me she felt about 80% of her back pain had just vanished.  She asked me how this could be possible and  I explained to her that according to Dr. Hamer, the founder of German New Medicine, when a persons Psyche senses resolution from a conflict, the body immediately begins to start healing itself, this is an evolutionary biological process that occurs in all plants, animals and humans, when a persons Psyche senses any form of isolation it will then hold water in the body and therefore add to the inflammation resulting in more pain.  By having the aunt call and put her mind at ease, helped her to resolve the trauma that this woman had lived with for so long.
In conclusion, If people could only understand that our body's symptoms, will actually get worse, when we find resolution for our distress. This case clearly illustrates that when the niece was able to find resolution and release the conflict, her body immediately went into a healing phase which activated the inflammation in the spine and the joints in her back, which then activated the body to begin healing itself.  It is vitally important for the reader to understand that GNM does not replace any systems or techniques. but actually helps those systems to work more efficiently.  Please refer to what Dr. Hamer has to say about the 5 Biological laws, to understand more about how are bodies are already perfect biologically speaking and always work with Natures Laws.