Being Sick in the Stomach 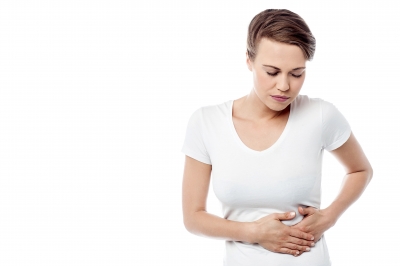 Throwing up is an opportunity to release conflicts.

Recently, I had the opportunity to work with A four-old boy, who was the son of one of my patients.  He was suffering with severe stomach pain and throwing up constantly for a week.   The boy also experienced pain whenever he would speak.  To give you a better perspective, it is important to know that the whole family had been under my care for the past several years for emotional and mental issues as well as minor injuries they were dealing with.
What is important to understand is that the boys father had been struggling for several years with amphetamine and cocaine addiction.  The father was a Caucasian man, originally from the mid west, who had married a local girl in Hawaii.  Moving to Hawaii can be a life changing experience for many people, the culture is so different from the mainland US and being an outsider living in Hawaii sometimes has its drawbacks.  Many families who have lived in Hawaii for generations have a sense of unspoken protection and loyalty to their family members.  Tension would arise when cultural differences can clash with the lifestyle between the Hawaiian culture and someone being from the mid west.  There was a serious concern from the Elders of this family regarding the boys father.  Ever since the boy was born, from my German New Medicine perspective, and observation through my sessions with the family, that this  little boy had a sense that his father was not being accepted by his mothers local family, as well their relatives.  However, the little boy loved his dad and was too young to understand that is father was under the influence of drugs. Most of the time the father was coherent enough to be there for his son.  However, the family once caught the dad doing drugs in a public parking lot and became extremely upset and worried for the wellbeing of their grandson.  Family tensions were escalated with rage and disgust.  When the boy sensed that the family was upset with the father,  he felt helpless and would cry because all he wanted to is be with his dad.  It didn't matter how much he expressed to his family that he loved his dad, the family troubled and disgusted by the dad, would disregard the boys feelings, and whenever the child would speak out in his fathers behalf, they would not listen to him, he was not being heard.  Not only was the boys family worried, but the childs classmates as well would look at him with distain and judgment. It would hurt the child deeply when he would hear others refer to him as the son of a crackhead.
However, in one of our sessions I witnessed the father telling the son to always respect people and do his best not to harm others.  He also told him that he hoped his son would become a better man then he could ever be.  The boy did hear his father’s wishes and this was planted in the boy's psyche/soul, and he would always hold his father in a good light.  His father would take time to play with him and told him how much he loved him even in the worst of times, even when he was under the influence of drugs. As the years went by, the boy who is now 4 years old, would be so sad to hear how his relatives would speak about his father and they would tell the boy that his father should never be around him.  It didn’t matter to him what people said about his dad, in his mind he loved his father.  The situation for the family only got worse, the father was arrested, went to jail etc. however, the child still loved and defended his dad, no matter how hard  his family tried to convince the boy that he was a bad man.  the boy only remembers his love and happy times that he and his father spent together.  After several more incidents with the law, the family forced his dad to move out of the house to protect the child and the family from drugs.
The family sought out my help because the child became violently ill with excruciating stomach pain.  The childs father had been told by the family not to come to the house under any circumstances.  Things were relatively quiet for a while, even though tensions were strained, ever since the father had moved out of the house where the boy lived with his 2 sisters and older step brother.

Then the unspeakable happened that created a traumatic shock for the boy when his aunt came over after hearing from nearby neighborhood that boy’s father was spotted on the properly.  The aunt raced over and jumped out of the car and stormed the mother and right in front of the boy, began beating the her.  The boy felt helpless, and the fact that he was 4 years old, didn't matter, he wanted to defend his mother, as he ran toward them the aunt pushed him to the ground and continued to beat up his mom.  The boy’s father who had been on the property restrained the aunt until the police arrived. It turns out that charges were brought against the aunt. One can only imagine the horror of what that young child had to go through.

After a week of throwing up and severe stomach pain that he already had to endure, he went to the doctor and tried different medications with no results, the child was extremely ill and suffering severely.

It was at that point they brought him to my office.  After reviewing the case, I could see that the symptoms clearly showed the boy’s opposition and unhappiness as to what being said about his dad, which affected the stomach area, and the throwing up was affecting his blood sugar.   I knew at first, I would have to help him to resolve these issues so the boy could fee; a sense of returning to normal.  It took time, however with the help of his mother, repeating to him what I was explaining to her and because it was her voice, a familiar voice, speaking to him he was better able to understand what I was saying, in a language that he could understand.  We went through repeated events that felt similar, that his mother and I had already discussed many times before.  The fact that he was strongly displeased because he had to go along with what was being said about his father, as well as the violence he experienced with his aunt and mother. The child became very distraught and had missed school for a week.   So to break the cycle, I kept relating the episodes that were similar to his situation, by hearing how bad his father was and the escalation of his mother’s abuse was so unfair to him which according to German New Medicine relates to the stomach.

After explaining that the fathers move to the mainland would free him from having to endure the verbal abuse by his relatives.  I had to make associations at times, so the boy could begin to understand the connection between the verbal abuse against his father and the violence from his aunt, however with the help from his mom, he was then able to make a connection in his psyche/soul, and then he was able to call his friends at school to tell them what had happened. By the child being able to finally express himself to his friends in school,  he was then able to communicate and and finally was being heard by his friends at school.  That made a huge difference and allowed the release of the pain in his stomach and the vomiting, because now he had an outlet for fairness and he was finally being heard by others, which allowed his body to begin healing itself.

In conclusion,  This child immediately felt better, and the stomach pain and vomiting were gone.  The following day, his mother was back in my office to wait for her turn to be treated,  she looked at me in amazement.  I told her that once we resolve the conflict we then create the passageway for true healing.  His mother couldn’t believe it, however, she witnessed it with her own eyes, and was very happy. The next day as the sun rose in the sky, all the childs symptoms were gone and that left no doubt in her mind that her son was healed.
*A quick note to inform the reader that I make no judgments regarding my patients situations, I am only concerned for the health and well being of all my patients.

Image courtesy of stockimages at FreeDigitalPhotos.net