Even those who have impeccable health habits with sound mental practices can experience severe health challenges. For example, one woman practiced yoga for over 20 years and maintained an excellent organic, toxin free (non-GMO foods) diet. Despite her best efforts, she developed a large lymphoma under her left armpit. How is this possible?

Using the German New Medicine approach, we can understand that the hidden problem was actually a result of unresolved family issues that effected her self-esteem. 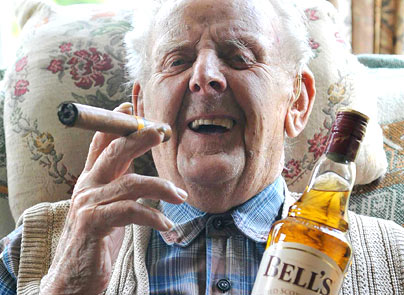 Another example is of a 104-year-old man who drank whiskey and smoked cigarettes his entire life but is still alive and doing well. Looking through the eyes of German New Medicine, he had successfully resolved any major unanticipated traumatic events in his life. In spite of unhealthy habits, he maintained a relatively conflict-free outlook throughout his life.

These two examples clearly illustrate that the mind does not affect the inner organs and tissues, as one would expect. The psyche does.

Both alternative and traditional medicine focus mainly on symptoms. Alternative medicine practitioners use chiropractic, acupuncture and other such therapies to deal with symptoms, whereas traditional medicine tends to prescribe medication to suppresses them. With German New Medicine, however, the symptoms are viewed as a biological expression of what the person has experienced, tracing back to the moment of an unexpected trauma.

It is easy to blame Mother Nature when one gets sick because most people believe that illness and disease are supposed to happen to us. This is absolutely not true. Mother Nature’s Special Biological Program is designed for survival and has evolved over eons of time.

Imagine you overheard a conversation in which people were talking about you. They didn't know you were listening and were being very hurtful. Whether you realized it or not, it may have been extremely damaging to you in some way. You may have rationalized their comments by thinking they were just jealous or angry. However, this is what we call an unanticipated shock or trauma, and it is important to understand the damage it may have caused you and the possibility of illness and disease that could be generated from that one seemingly harmless event.

Another example would be a patient with a chronic skin condition such as eczema. In this situation, the patient had experienced a separation from their partner. Even if it happened many years ago, it can still turn into a chronic condition whenever the person is reminded of that separation, causing inflammation and a flare up of symptoms. In most cases, the person would see a physician who would prescribe a steroid cream. While there may be signs of improvement in the short term, the cream is actually suppressing the healing phase and more problems can and will occur later on.  The same problem will occur with homeopathic remedies as well, which only work as a band-aid to cover up the symptoms.